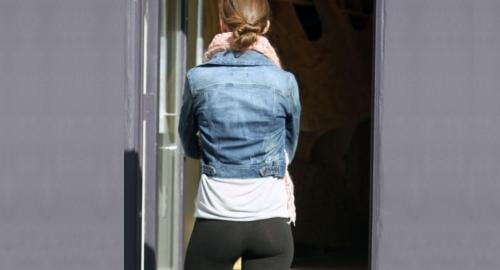 Santa has come early, and he brought pictures of Olivia Wilde’s ass in tights.

Of course I am not some heathen Christian, so I do not believe in Santa Claus. Us Muslims have a greatly superior benefactor in Ramadan Raheem. A kindly half goat half man who delivers fresh figs and humus to all the good little Muslim boys and girls, while righteously violently mutilating all the bad ones. It is quite whimsical.

That being said, Olivia Wilde’s butt does look spectacular in these pics. God bless the sodomite fashion designer who throw us straight guys a bone and made tights for women trendy. Maybe next year he can work on some sort of shirt with a window in the front. Call it a tit shirt or something. I don’t know it is just an idea.

Here is an early Christmas gift from Santa. Pics of Olivia Wilde’s booty in leggings.